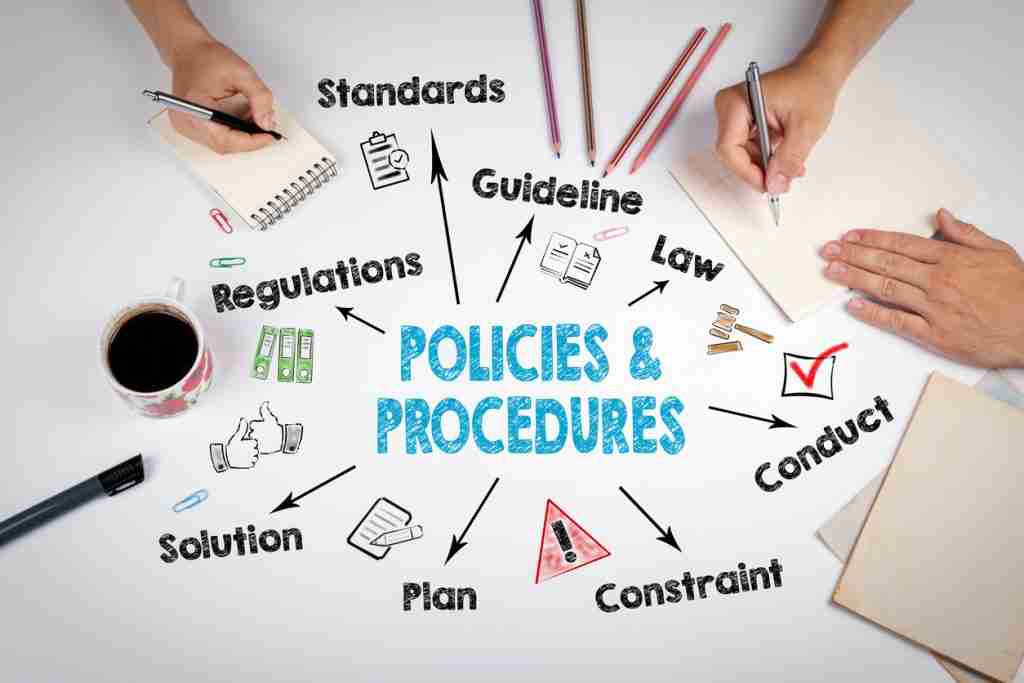 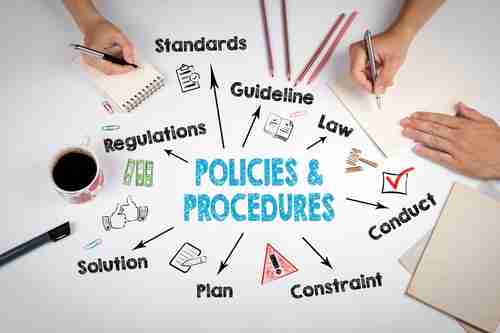 Understanding the main principles of global business and tax compliance in Georgia Country is mandatory for those who wish to expand their business internationally. Globalization brings enormous opportunities but also great challenges.

Today, cross-border activities are becoming the norm. Many companies and individuals operate in more than one country, subjecting them to multiple tax jurisdictions. To prevent individuals and companies from minimizing their liability by taking advantage of tax differences between countries, many countries have jointly implemented measures to ensure that taxpayers pay the right amount of tax in the right jurisdiction.

To ensure that tax administrations are ready to meet the tax challenges of the 21st century, new legal, administrative, and IT tools have been deployed. CRS, AEOI, BESP, and CFC, the notion of tax residence, shared rules, and control tools have been strengthened.

Today the rules have changed. You need to be vigilant if you want to comply with these new tax laws while maintaining the possibility of optimizing your corporate or personal income. Therefore, doing business in Georgia Country means being aware of global business and tax compliance.

Business And Tax Compliance In Georgia Country: The KYC

Know Your Customer or Know Your Client (KYC) guidelines in financial services require that professionals make an effort to verify the identity, suitability, and risks involved with maintaining a business relationship.

The procedures fit within the broader scope of a bank’s Anti-Money Laundering (AML) policy. Companies of all sizes also employ KYC processes to ensure their proposed customers, agents, consultants, or distributors are anti-bribery compliant and who they claim to be. Banks and other financial institutions increasingly require customers to provide detailed information on these due diligence measures.

The KYC guidelines aim to prevent banks or companies from being used by criminal elements. Its purpose is to ensure customer compliance, verify their probity and integrity, and avoid identity theft, tax fraud, and the financing of terrorism.

These processes are typically carried out through data collection and analysis, verification of presence on lists (e.g., politically exposed persons), behavior analysis, and transactions. These principles now apply almost everywhere. Particularly when opening a bank account in Georgia.

With the increasing globalization of the world economy, it is becoming easier for all taxpayers to make, hold, and manage investments through financial institutions outside their home jurisdiction.

Considerable amounts of money are kept abroad and escape taxation when taxpayers fail to meet their tax obligations in their residence jurisdiction. Whether they are OECD or non-OECD members, large or small, developed or emerging, all countries are interested in preserving their tax systems’ integrity.

The Common Reporting Standard (CRS) is designed by the OECD with G20 countries and represents the international consensus on the automatic exchange of financial information for tax purposes on a reciprocal basis.

This CRS standard urges jurisdictions to obtain information from their tax institutions and automatically exchange it annually with other jurisdictions.

The CRS covers information relating to financial accounts, the different types of funds, and other types of information such as changes of residence, purchase or sale of real estate, value-added tax refunds, and withholding tax.

Cooperation between tax administrations is essential to fight tax fraud. This global model of automatic exchange has become the new OCDE Standard. Georgia plans to implement this in 2024/2025.

Business And Tax Compliance In Georgia Country: The AEOI

The OECD’s AEOI (Automatic Exchange of Information) requires jurisdictions to collect and exchange information annually on financial accounts held by non-resident individuals and entities from their financial institutions (which include banks, hedge funds, and investment trusts).

AEOI provides a powerful tool to help deter and identify offshore tax evasion through holding financial assets abroad. More than 160 countries are already compliant with the AEOI. Ultimately, ALL governments and their tax administrations will accept this OECD Standard for verifying the compliance of their taxpayers. Georgia planned to implement the AEOI in 2024/2025.

A Controlled Foreign Corporation (CFC) is a corporate entity that conducts business in a different jurisdiction or country than the controlling resident taxpayer owner(s) residency. CFC laws work alongside Tax Treaties to dictate how taxpayers declare their foreign earnings.

The CFC helps prevent tax evasion set up by offshore companies in jurisdictions with little or no tax.

Each country has its own CFC laws, but most are similar in that they tend to target individuals over multinational corporations regarding how they are taxed. Generally, Shareholders with controlling interests in foreign corporations must report their share of income from a CFC and their share of that CFC’s earnings and profits.

Some jurisdictions apply CFC rules to any Income, while others use them only for passive income (i.e., income from interest, rental property, dividends, royalties, or capital gains). Some jurisdictions also vary in the presence of substantial activity tests.

Georgia tax legislation officially does not provide CFC rules. As for Controlled Foreign Corporation rules in all the major high-tax countries, Georgia will probably implement them in the coming years. For this reason, having a company qualify as independent in Georgia and with substance will exempt it from CFC regulations and duties.

Business And Tax Compliance In Georgia Country: The BEPS

The OECD published reports on the fight against BEPS (Base Erosion of Profits Shifting) in low-tax countries. The BEPS aims to prevent the tax optimization strategies developed by some companies that take advantage of the lack of international tax harmonization.

The main objective of the BEPS is to counter double non-taxation due to loopholes and disparities between national and international tax rules while preventing double taxation and guaranteeing the fiscal sovereignty of countries.

These measures make it possible to readjust taxation to economic substance and value creation, i.e., to ensure tax is closer to where profits are generated to avoid legal constructions far removed from economic reality.

Thus, the various BEPS measures guarantee international trade transparency and allow states to tax income once and only once. As for countries’ sovereignty, the BEPS restores and reinforces sovereign taxation rights by allowing states to withhold the profits generated by economic activities on their territory.

The tax risk is more significant for international groups and companies adapting to these new international tax rules. They are now becoming the norm.

A Transfer Price (also known as Transfer Cost) arises (for accounting purposes) when related parties, such as divisions within a company or a company and its subsidiary (treated and measured as separately run entities), report their profits.

When these related parties are required to transact with each other, such as during the trade of supplies, goods, services, or labor between departments and divisions in other international jurisdictions, a transfer price is used to determine the exact costs of transactions between these related entities.

Transfer prices generally do not differ much from the market price. Transfer prices that differ from market value will be advantageous for one entity while lowering the other entity’s profits. When transfer pricing occurs, Multinational companies can manipulate transfer prices to shift profits to low-tax regions to book higher profits in another country with a lower tax rate.

Regulations enforce an arm’s length transaction rule that requires pricing based on similar transactions between unrelated parties to remedy this and ensure the fairness and accuracy of transfer pricing among related entities.

These transfer prices are closely checked within a company’s financial reporting to ensure that profits are booked appropriately within arm’s length pricing methods, and associated taxes are paid accordingly.

Double Taxation Avoidance Agreements (DTA) are treaties between two or more countries to avoid international double taxation of income and property. Its key objective is that taxpayers in these countries can avoid being taxed twice for the same income. A DTAA applies in cases where a taxpayer resides in one country and earns income in another.

The primary purpose is to divide the right of taxation between the contracting countries, avoid differences, ensure tax-payers equal rights and security, prevent tax evasion, and encourage foreign investments.

Based on the OECD Model Tax Convention, Georgia has concluded 56 DTA Agreements with other countries. Individuals with a permanent residence and full and unlimited tax liability in either one of the contracting countries may be entitled to exemption/reduction from income and property taxation according to the respective agreements’ provisions. The absence of which the income would otherwise be subject to double taxation.

DTA treaties implement international standards on the exchange of information for tax purposes. Each agreement is different. Therefore, it is necessary to ascertain where the respective person’s tax liability lies and which taxes the agreement stipulates.

The tax residency rules are applicable in jurisdictions committed to automatically exchanging information under the CRS developed by the OECD.

Read our pages to learn more: 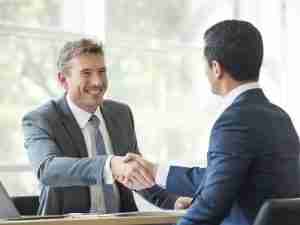 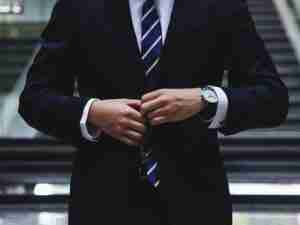 High Net Worth Program Georgia: Get A Tax Residency exempted from the 183 Days rule 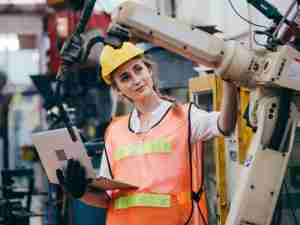 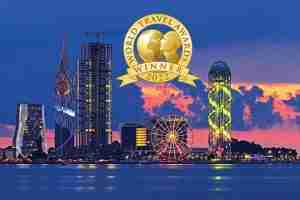 In October 2022, Batumi won the Award of Europe’s Leading Emerging Tourism Destination at the 29th World Travel Awards. Considered the equivalent of an Oscar 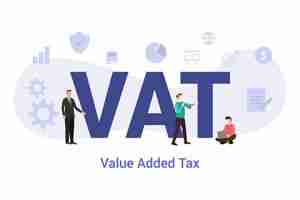 Rules of VAT in Georgia Country were changed in 2021. The new VAT rules in Georgia aim to converge with the VAT rules applicable in 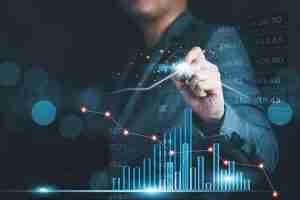 How can you move your business to Georgia and save huge money?